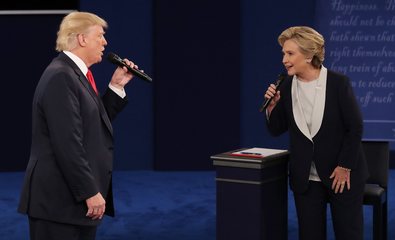 Statistician Andrew Gelman and political scientist Julia Azari have an interesting discussion paper on “19 Things We Learned from the 2016 Election”.  The 19 things are grouped under Nominations and Campaigning, Polling and the News Media, How Voters Make Decisions, and The US Political Environment.  Here are a few that most caught my attention – one that I found vaguely soothing, two that are scary.

The Election Outcome was Consistent with “The Fundamentals”

Election models based on ‘fundamentals’ did better at predicting the outcome than opinion polls. ‘Fundamentals’ include things like: personal income growth in the period leading up to the election (less is worse for the incumbent party); whether the incumbent party was going for a third term (a minus for them); and indicators of the general political mood, such as views on whether the nation is on the right or wrong track.  In a symposium on fundamental-based models, the median forecast correctly predicted that Mrs. Clinton would win the two-party popular vote by only a narrow 51% margin – which was more consistent with the possibility that Trump might squeeze through in the Electoral College than national opinion polls of a 52-53% Clinton win.

This finding appeals vaguely to my belief in an objective reality, and in our ability to find rational explanations for that reality.

“Perhaps the most disturbing theoretical failure of political science is the general idea that voters simply follow elite opinion”, say Gelman and Azari. “In 2016, Trump was opposed vigorously as dangerous, incompetent, xenophobic, tyrannical, and unhinged, by almost everybody in elite circles: most of his Republican primary opponents at one time or another, a large number of conservative intellectuals, former Republican candidates Romney and McCain, the various Bushes, the media, almost all newspaper editorialists including those that were reliable Republican supporters, all Democrats, about 10 Republican senators, and even some pundits on Fox News. Further, Trump’s breaking of all the standard niceties of politics was there for all to see for themselves. But half the voters said, we go with this guy anyway. “The falcon no longer hears the falconer,” as W. B. Yeats put it.” 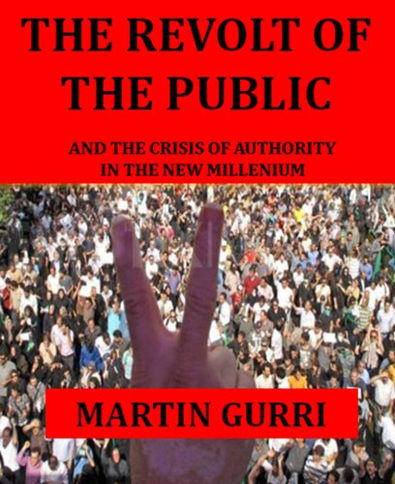 Gelman and Azari do not put it in quite these terms, but this is a finding which speaks to the worldwide crackup in the authority of elite hierarchical institutions - political, media and other - under the brunt of an accelerating information revolution. This chaotic and by no means reassuring process is described by Martin Gurri in his book ‘The Revolt of the Public and the Crisis of Authority in the New Millennium’, for example, or by John Robb with the notion of an ‘open source insurgency’.

Shortly before the election, Martin Gurri wrote in a post “After the elections: the great unraveling”:

“If we have learned anything from this electoral season, it’s that the great unraveling of the institutions has gone faster, further, and deeper than most observers – myself included – had supposed.  The rise of Donald Trump has been conventionally explained as a grassroots revolt against the Republican establishment.  But that can’t be, because there was no such thing.  The “establishment,” if it ever existed, had cracked to pieces before Trump arrived:  we just hadn’t noticed.  Jeb Bush’s risible impersonation of an establishment candidate only proved the point….

“In somewhat slower motion than the Republicans, the Democratic Party is unbundling into dozens of political war bands, each focused with monomaniacal intensity on a particular cause – feminism, the environment, anti-capitalism, pro-immigration, racial or sexual grievance.  This process, scarcely veiled by the gravitational attraction of President Obama and Clinton herself, will become obvious to the most casual observer the moment the Democrats lose the White House.

“A catastrophic turbulence is sweeping across the landscape, brought about by the new information dispensation:  what I have called the Fifth Wave.  American democracy has not been spared.  From the commanding heights of the information sphere, the public now batters the grand structures of power and politics until little remains of their legitimacy.  Political parties, we just observed, are disintegrating.  Trust in government has fallen near record lows.  Trust in the news media is at an all-time low.  Forty percent of the American electorate lack confidence in the integrity of the electoral process.”

The next election could well be fought out between two (or more?) loosely networked, rage-filled, leftist and rightist ‘open source insurgencies’ barely linked to the traditional political parties. I am scared.

Gelman and Azari note indicators of growing political polarization, such as steady decline in cross-party voting, growing contempt for the President by members of the out-party, and continued decline in ‘ticket splitting’ between presidential and senatorial races.

They point to research that “citizens are more powerfully motivated by messages about threats to their partisan identity (“this election will be a bad one for Democrats”) than about issues (messages like, “this election is about healthcare”)”   And “a corollary of polarization is that, if there are not many people in the middle to be persuaded, it can make sense for candidates in the primary and general election campaigns to focus on firing up their base and forget about moderation, and this is a key part of the story of the success of the Trump campaign. You can bet that activists of both parties will have learned this lesson when 2020 comes along.”

This too is scary.

(By the way, Andrew Gelman's blog "Statistical Modeling, Causal Inference, and Social Science"  is a must bookmark if you are interested in any of those three things, even if, like me, you do not have a deep understanding of any of them. In a broadly Socratic way, it is both educational and pleasurable to gain even a vague idea about the important things one does not know).